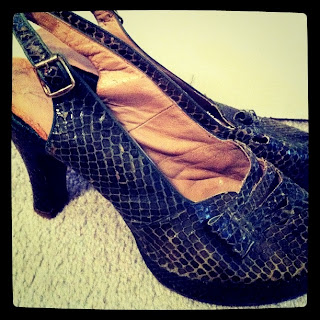 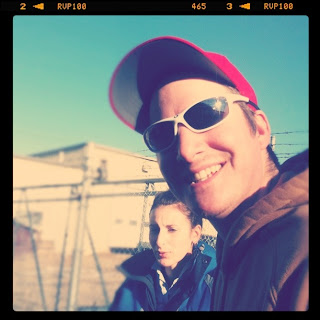 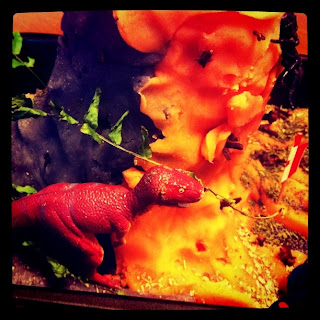 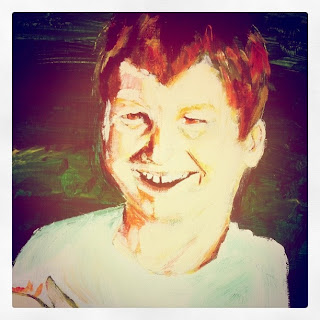 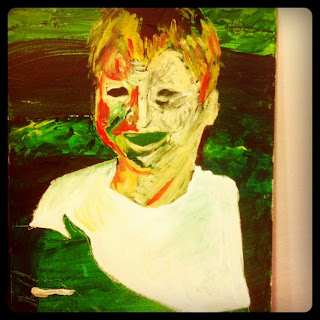 In progress Painting,or some people say WIP as I have found out Via tumblr. Anyways The first progress picture of the painting is my favourite I almost just want to stop there. BUT i keep going.... The painting isnt finished ,but I will post the finished painting soon. The kids and I made a volcano out of play doh ,and assorted old spices that I had in the cupboard to make it look like a habitat with plants. Kids had fun playing with it,and than we exploded the volcano( baking soda and vinegar) like 5 times. hahaha good times. I was as excited as the kids!!! The shoes are sadly sold,but still beautiful I had plans of putting it up as a post before they sold. They are 1940s platforms GENUINE cobra. How frickin kewl is that? Beauty.Picture is of me and my hunny. I had to drop him off at work cause I needed the wheels. I told you in an earlier post that I would show you a picture of me in my winter gear. Well this is half-ass what my crappy winter jacket looks like,and this was also taken when it wasn't even that cold,but im a Wuss. Hahaha.

11 sales away from doing the giveaway :D

xoxo
Posted by Lavenderlemon at 10:19 AM

Lavenderlemon
I am a woman who lives In northern Canada that drives In the snow and ice. I am an artist and I enjoy the interesting and knowledge of the strange.